As pointed out on the main page, Jesus is known as the Lion of Judah, and His last days army—The Army of the Lord—will be ferocious as a lion as they go about their duties in cleaning up the filth of the earth which was exemplified when He threw out the money changers from the temple:

12 And Jesus went into the temple of God, and cast out all them that sold and bought in the temple, and overthrew the tables of the moneychangers, and the seats of them that sold doves,
13 And said unto them, It is written, My house shall be called the house of prayer; but ye have made it a den of thieves.
14 And the blind and the lame came to him in the temple; and he healed them. (Matthew 21)

Everything Jesus did was planned by His Father (Jn.5:19,30; 8:28) and had meaning for future readers/learners of His doings and words. This, like many things He said and did, portends to a future event; that’s why He did it. Three themes have relevance to the future Army of the Lord and the duties they will perform:

a. Cast out those who bought and sold and made commerce of the work of God

b. Said unto them “it is written”

These three themes are analogous to the duties the latter-day Army of the Lord will perform. After God’s glory comes down, a new perspective will penetrate all areas of society including religion. Growing a church for the sake of the church—and at the expense of the community—will no longer be tolerated; it’s non-scriptural and divisive to people and the communities in which they exist—it weakens them, which in turn weakens a nation, and is a big reason our nations are in so much trouble: the infighting, self-aggrandizing, Christian church. Commerce must be cast out of the body of Christ just like Jesus cast out the money changers from the temple.

Jesus referenced the scriptures to show what the right way was. Christians do not follow the scriptures, particularly what Jesus taught in the gospels. None of the traditions in our churches are what our Lord taught (see www.uncmovement.com and book title Before He Comes). The last days Army will encourage people to obey the Word of God.

After Believers are behaving as they should—according to the Word of God—then healing will come to our communities and nation.

The Book of “How to Turn to God” 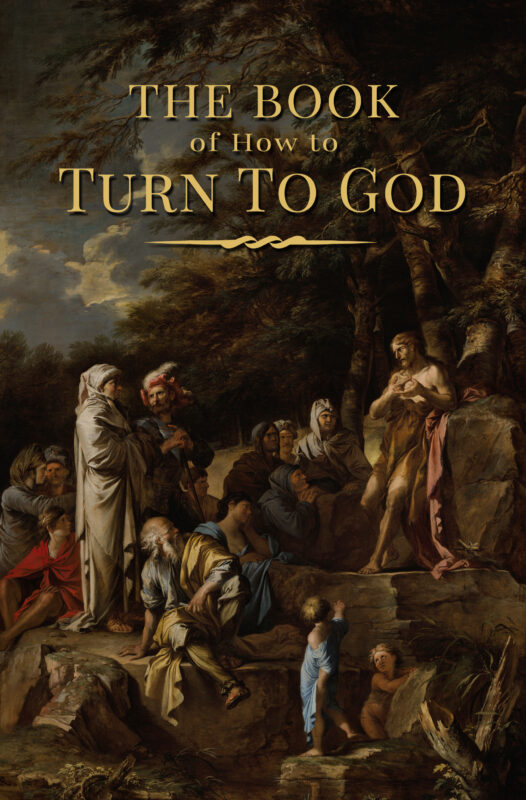