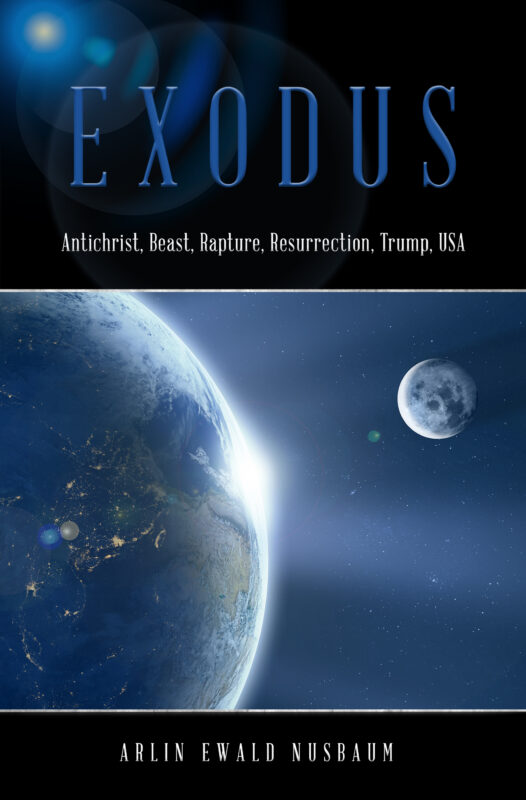 EXODUS follows on the heels of THE TAKEN – How Matthew 24:40 Has Already Been Fulfilled (updated May 14, 2022) and narrates the real-time unfoldment of prophecy as God’s favor “EXITED” the White House, President Trump, and the world at large.

We are in the latter-end of the Last Days and readers should not expect another time for all the prophecies to be fulfilled, especially the horrors described by John the Revelator in the Book of Revelation. The wicked have told us what they are going to do before they do it, including stealing the election, planning a virus attack with patented vaccines just waiting in the wings, masking the populace around the world (contrary to science), and soon, a word-wide financial “reset” all designed to enslave humanity and test the resolve of Christians.

EXODUS covers other exoduses including exoduses out of Heaven and Hell, out of the Earth, and covers every prophetic event including the Rapture, the Resurrection, and the judgments of God.

This book is meant to INFORM and WARN, for the scriptures rightly say: “My people are destroyed for lack of knowledge” (Hosea 4:6). Again, the wicked have already said what their plans are and now that God’s favor has left, there will be no stopping them, therefore, Believers are encouraged to come out of Babylon” (Rev.18:4), pool their resources, and do whatever they can to soften the blows of the enemy while it reigns (42 months).